Playing in the TP Tour event held in October the Norfolk-based pro shot 33 on the front nine including four birdies and 32, with an eagle at 12 and two more birdies, coming home. His only blemish was a six at the par five fifth. END_OF_DOCUMENT_TOKEN_TO_BE_REPLACED

JOHN EAKIN has been selected for a World golf team to play against North America. Organised by the International Blind Golfers Association (IBGA) the tournament will pit golfers from the USA and Canada against a truly international selection with golfers coming from as far afield as Israel, Austria, Japan, South Africa, Italy, Korea and Great Britain. END_OF_DOCUMENT_TOKEN_TO_BE_REPLACED

PLAYING IN the London amateur foursomes competition when the year ends in a three has always brought smiles and some success to the Ashdown duo of Andrew Smith and Richard Darlington (seen above). END_OF_DOCUMENT_TOKEN_TO_BE_REPLACED

It has been quite a month for Royal Ashdown Forest’s lady captain Katherine Russell. The 2012 Senior Women’s Open amateur stroke play champion has not only been called up by the England Senior Women’s team but has also broken the Old Course record for women on her home course.

New cap Russell will join the England team for the Women’s Home International championships at Llandudno, Wales. England finished runners-up in the 2012 championship and Russell and her teammates are looking to regain the title they have won seven times since 2003.

Russell said, ‘I have been sent a comprehensive team uniform, fit for a term at boarding school, with lots of logos and the England rose. My mother is all for sewing in Cash’s name tapes on so that I don’t lose them!’ END_OF_DOCUMENT_TOKEN_TO_BE_REPLACED 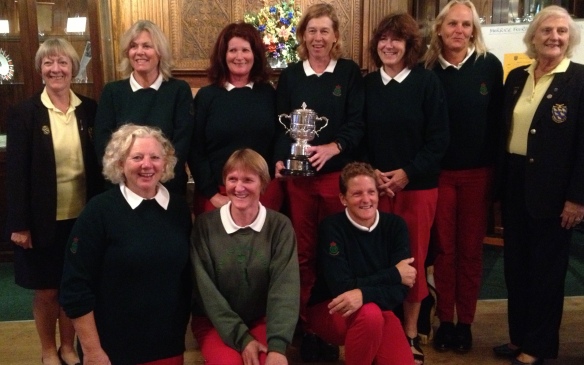 Royal Ashdown Forest member, Bob Deakin, triumphed in the Sussex Veterans’ Championship held at Piltdown golf club scoring a mind-boggling 19th hole in one of his golfing career in the process. Deakin, 86, went round in a gross score of 81, five below his age, and a nett 68 off his 13-handicap. END_OF_DOCUMENT_TOKEN_TO_BE_REPLACED

Royal Ashdown Forest ladies made sure they were not going to miss out on the Club’s 125th anniversary celebrations by securing their first victory in the County’s second division championship final since 1961.

Julia Thompson’s team had already finished top of its Sussex County LGA Division Two group, for handicaps of 14 and above, after eight matches and went on to beat Crowborough in the quarter finals and Singing Hills in the semi. The team defeated Ifield in the final held at Seaford to lift the trophy.

Ladies’ team captain Thompson thanked and congratulated all those who had played so well for the club on the way to and in the final itself. They are: Poo Adam, Anouk Bos, Jane Bowers, Sue Eccles, Lis Gentles, Jan  Hobden, Nicola Johnson, Gilly Litterick, Janet Macnutt, Karena Meyer, Sue Rushworth, Jenny Tate, Camilla Thompson , Tamsin Timpson and Sue Wheeler.

Golf owes a great deal to John Henry Taylor. A five times Open Champion winner, the last- in 1913- a remarkable 19 years after the first. He was also the first Englishman to lift the famous old claret jug.

But as well as being a great champion, JH Taylor was also a great champion of golf in general feeling strongly that everyone, regardless of their financial standing, should have access to the game of golf.

He came from humble origins, born in Northam overlooking the country’s oldest golf course, Royal North Devon, and the first outside Scotland to achieve Royal status. Taylor’s father died when he was still a boy so he went to earn some money as a caddy.

Golf was a patrician game in those days although the North Devon Course was laid out on common land, which meant that everyone had access to it.

Caddies amongst the local villagers, including Taylor, lobbied for a club of their own, accepting that they would not be allowed to join the Royal club, which was dominated by retired military officers, the clergy and men of independent means.

And so, in 1888, the Northam Working Men’s Club was formed, the first ever artisan golf club, accepting 200 golfing members living in the parish.

Whilst clubs founded specifically for working men were not uncommon, the nine-hole Furness Golf Club in Lancashire had been formed in 1874 by expatriated Scots working at flax and jute mills and the local shipbuilding company, it took another four years before the second working men’s club was formed and was based as much on political expediency as any desire to see the game extended across the class divide.

At the time there was considerable local opposition to the playing of golf in the Ashdown Forest from residents of Forest Row who wished to continue the grazing of their animals and the cutting of timber undisturbed by the affluent club members.

And so a competition was held, played for by the boys of the village in order to gain popular favour. Club founder Archdeacon Scott said later, ‘Little did we think that we were laying the foundation of the Cantelupe club and that from its members would issue men who would be in the very front rank of the golfing world.’

Named after Viscount Cantelupe, eldest son of the 7th Earl De La Warr, owner of the forest and Lord of the Manor, the Cantelupe did indeed issue champions.

Men such as Abe Mitchell, said by JH Taylor to be ‘The finest player never to win the Open’, 1936 Open champion, Alf Padgham, three-times Scottish professional champion, Mark Seymour, and Jack Smith who won the 1922 long driving competition traditionally then held before the Open Championship.

And the growth of the artisan clubs, as they became known, mushroomed: after North Devon and Ashdown came Crowborough Beacon, then Buxton and beyond. The principle was honest labour undertaken on the course in return for fairway access.

Taylor, before founding the Professional Golf Association also created the Artisan Golfers’ Association in 1921, which during the 1980s still had some 200 clubs as members. Now, with social divides blurring, it has fewer than 90.

It will be fascinating to see over the next few years how many of the artisan clubs can remain robust and active or simply vanish as an anachronism of a stratified society that no longer has a part to play in 21st century golf.

Can artisan clubs survive and thrive? Let us know what you think.

Royal Ashdown member, Andrew Smith, has won the Sussex County Amateur Golf Championship, on his home course. In bitingly cold weather for the first week of June, Smith held off a determined challenge from Alasdair Dalgliesh of Haywards Heath to triumph 2&1. END_OF_DOCUMENT_TOKEN_TO_BE_REPLACED 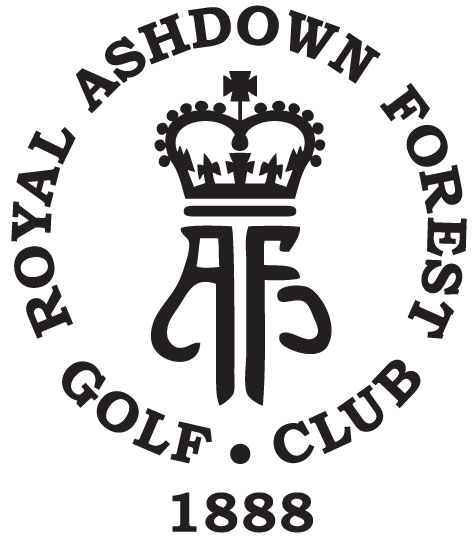 A little bit about us

Royal Ashdown Forest Golf Club is a traditional members’ Club with two 18 hole Courses – The Old, which is ranked as one of the top 100 in the British Isles, and The West.
Click here to find out more.